What's the difference between Canadian and American speech today?

The more we watch and listen to American and Canadian movies, TV shows, news programs, podcasts, and other media the more we sound the same.

There is still the Southern drawl (stretching vowels) and the cowboy drawl and a bit of Harvard style and California style of speech but more and more people are ‘sounding the same.’ We are being trained by the media we watch!

Thomas Bradshaw (He/Him), Partner at Voice & Speech Coach at Virtual Communication Mastery, in Edmonton, Alberta, Canada, agrees that we have lost much of the former distinct differences in accents over time. Even the theatre arts textbooks that teach drama students to speak with correct accents for their characters in plays are based on accent definitions from the 1950s. “No one speaks that way anymore. We mostly talk the same all over Canada and the US.”

Is Canadian English different from American English? A little.

When seeking agreement, a casual Canadian says, “Wanna go to a movie? Eh”?

An American says, “Wanna go to a movie? Right”?

Why does ‘about’ sound different in Canada and the US?

I think a blend of tight-mouthed Scottish immigrants and shivering in the cold Canadian winters caused Canadians to say a quick [a bo oot] (jaw closed to keep in the heat).

Warmer Americans to the south who say [a baaah oot] laughed at Canadians for saying [a boot] !

What do you wear on your hear in winter to keep warm – a ‘touque’ or a ‘beanie’?

In winter in Canada, we wear a touque to keep our heads warm. [touque – a French word – is a, knitted woolley tube hat with a pompom on top.]

Americans use the same type of hat but they call it a “beanie”.

What is something in English that you would you like to say more accurately? Contact Peggy now! 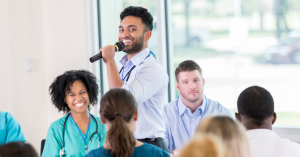 For immigrants In Canada, language barrier Is the most daunting challenge.​ Learn from some of the successful immigrants who have made their mark on Canada, and the strategies they have used to speak Canadian with confidence. 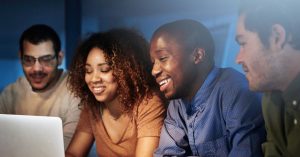 Advancing Your Career In A New Country: Mastering The Canadian Accent

Mastering the Canadian accent can take a great deal of practice and dedication. When it 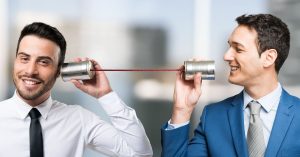 Underneath The Words You Speak

Speaking fluently is like walking smoothly along flat sidewalks. However, as the walkway or speech-way,

Difference Between Canadian and American Speech

What’s the difference between Canadian and American speech today? The more we watch and listen 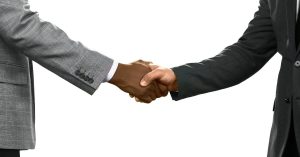 Peggy can help improve your market value! As an educated immigrant with good qualifications, getting 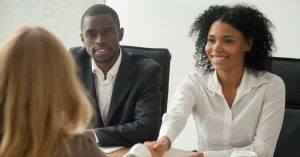 Do You Ever Worry About Making Mistakes In A Job Interview?​